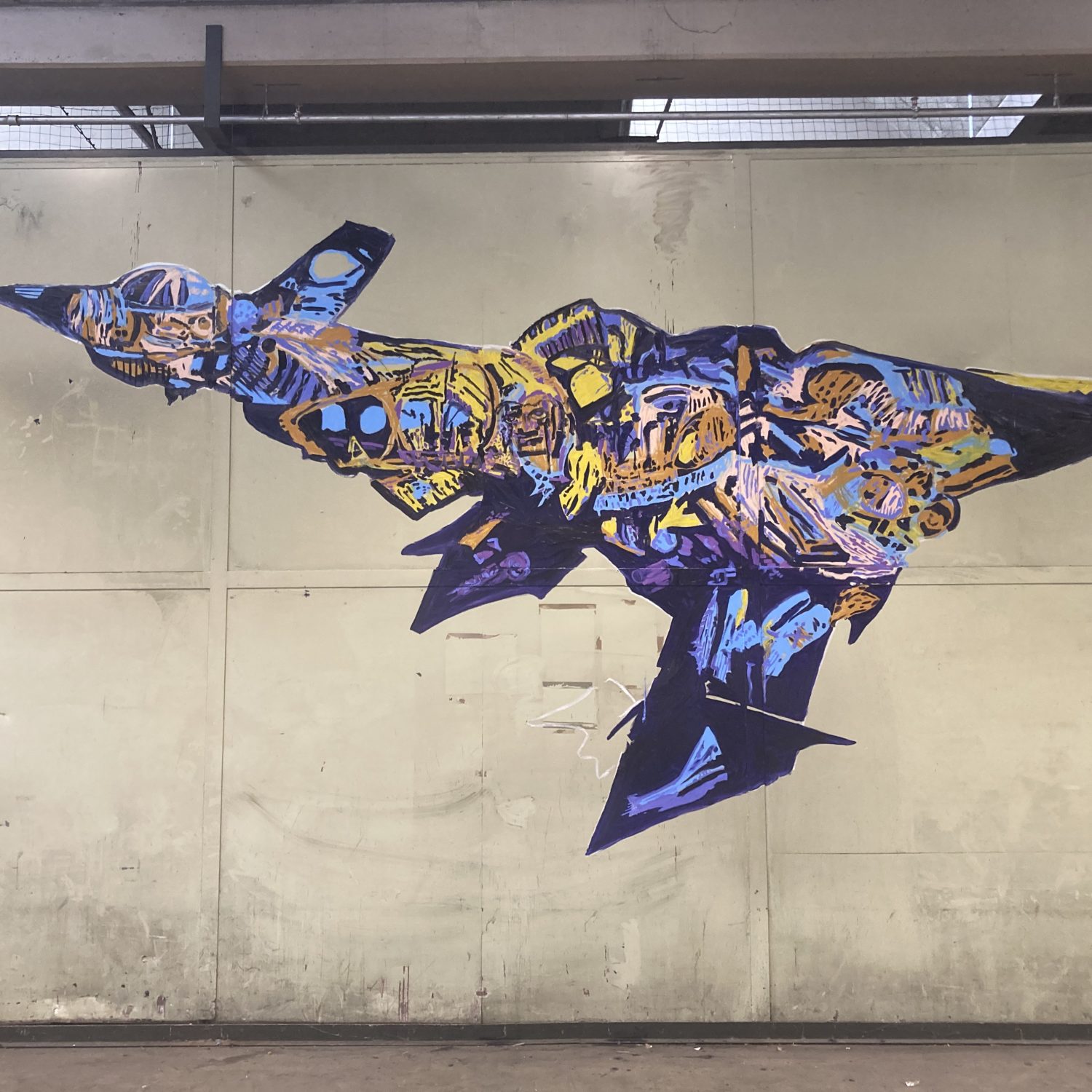 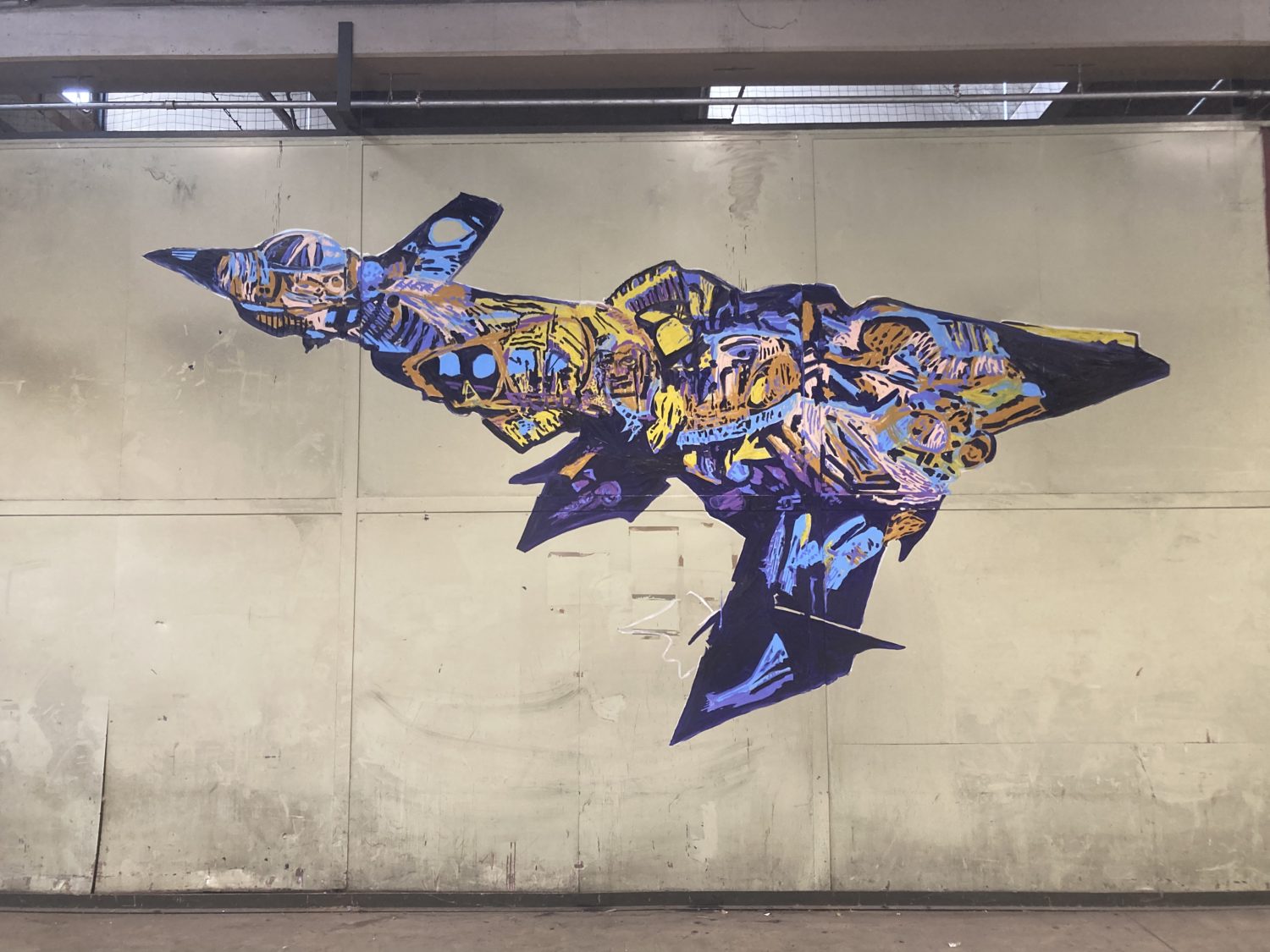 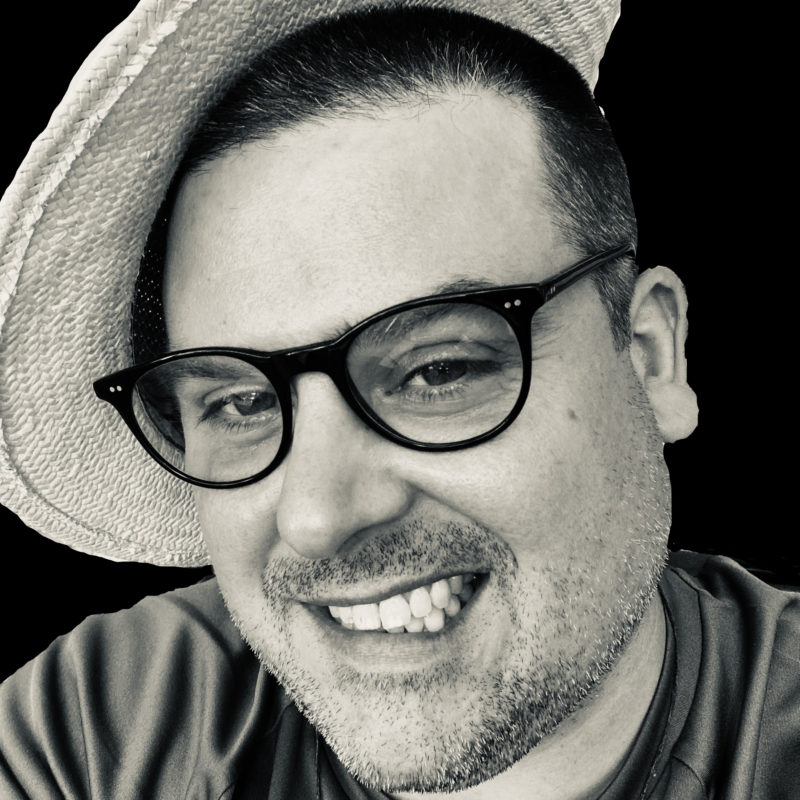 Paul Gleason is a Berlin based artist, specializing in oil and aquarelle painting, screen printing and graphic design. He uses a language of graphic elements with clean lines filled with hidden abstractions which open into new realms that request and grant the viewer free interpretation.This is extremely apparent in the painting presented in the Räume : Departure exhibition.
Paul created a large shape that could be a fighter jet that on first glance appears to be flying. Yet when the viewer encounters the painting further it is apparent that the plane cannot fly and is breaking apart or falling while morphing into a bird. The painting depicts a kind of symbiosis and a departure from the origin of the entity. Is it a an organic being, has it been physically enhanced or upgraded, or is it a machine? These are the questions Paul asked himself as he painted on the metal wall of his favorite airport of all time, Berlin Tegel.
Paul also took inspiration, for his painting, from the 1979 animated film Akira. There is a scene in which one of the main characters, who has gained super powers, has lost control and begins growing and expanding and morphing, consuming everything in his way. He lost control.
Similarly, in Paul’s painting, the morphing is meant to look violent, painful yet inevitably out of control in a tug of war for domination. Ultimately, it reflects the original purpose of fighter jets and tools of war, domination. Or is the soaring bird breaking itself free of its restraints?