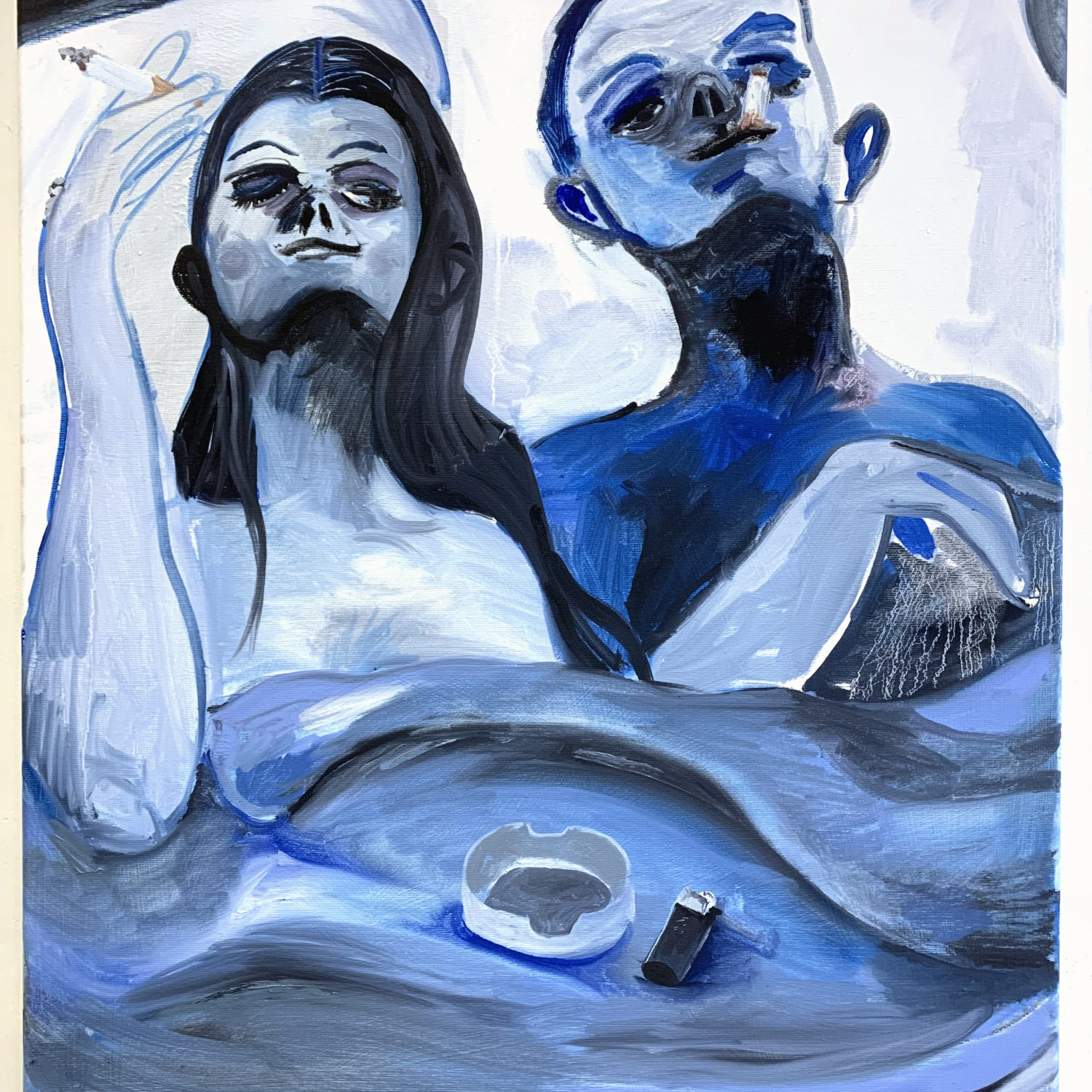 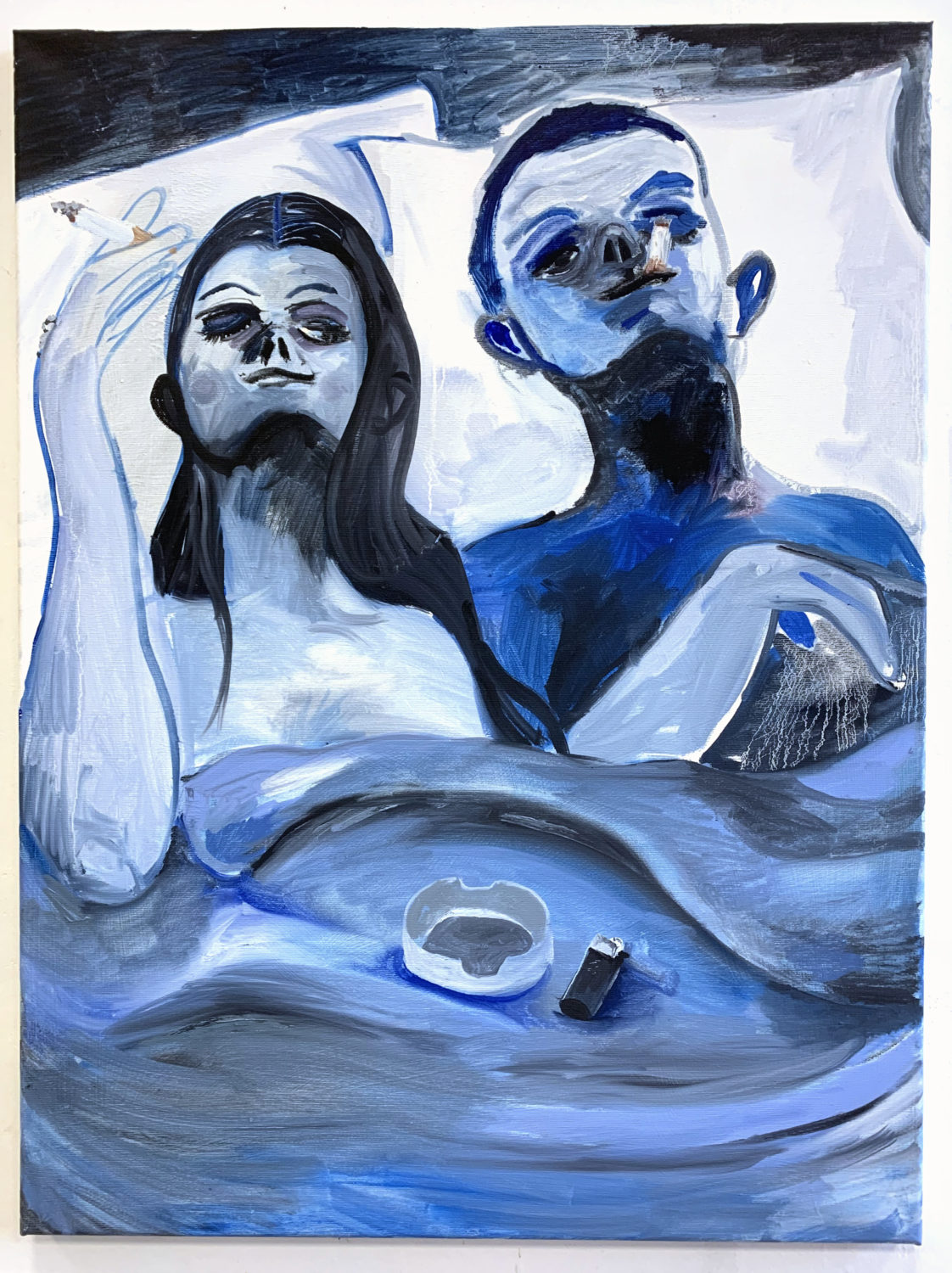 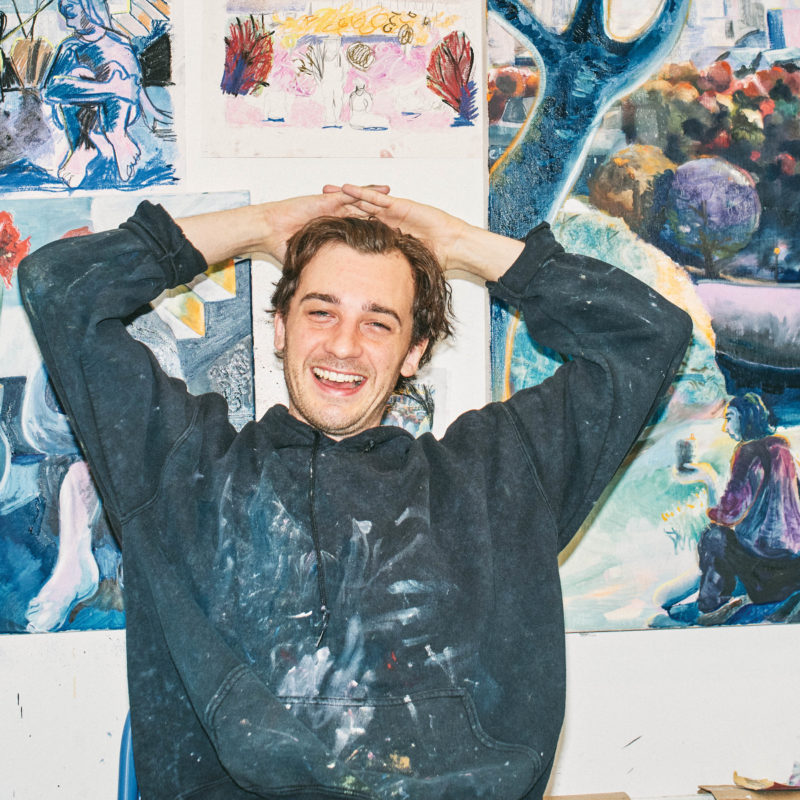 William Grob; 1992. British / Swiss artists based in Berlin. William studied
photograph at Falmouth University and over the last decade has turned to paint on
canvas.
After living in NYC he rediscovered his passion for sociology and created a series
titled 'Masks' (2014) which was a social commentary on day to day life of New Yorkers
within a pop art context. In 2016, William left New York and moved to Berlin. Starting at
the Berlin residency; 102 Potsdamer Straße. Responding to the new world, that was
open hedonism and exploration. Grob’s work evolved and become expressive once
again. Early works had an Klimt-esk atmosphere. Over the next 6 years William slowly
reduced the use of photography, turning to Oil on canvas in early 2019. Showing with
Lomaka Gallery London,Luisa Catucci Gallery, CICA Museum And König Galerie London.
His works have now been included in prominent collections in Berlin, Geneva, London,
Paris, Milan, New York, LA
Today William falls into the realm of Neo-figurative which meets surrealism, his
work is based on a blend of memory and fantasy capturing scenes of events, that feels
like a lost memory remembered. The series is titled ‘Lost Millennials’